Better Regulation in the EU - Are the law aligning? 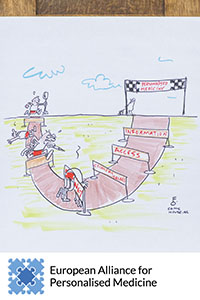 We are halfway through this European Parliament’s mandate and, as ever, many laws have been voted on centrally with many more to come, but will they actually be effectively introduced at national level in the area of health?

And in the often-bewildering era of ‘post-truth’, it is most definitely time to listen to healthcare experts and stakeholders when it comes to formulating strategies and delivering on promises.

‘Post-truth’ is the 2016 Oxford Dictionaries ‘Word of the Year’ and can be defined as debate which largely focuses on emotional appeals rather than policy details. Repeat, repeat and repeat false assertions while ignoring any fact-based argument and you’re well on the way to adding to a post-truth environment.

This has been hugely fuelled by fake news on the internet, a political imbalance in news reporting and downright falsehoods, such as the UK ‘Leave’ campaign’s claim that, post-Brexit, £350 million-per-week would suddenly be ploughed into the nation’s National Health Service.

There can be no room for ‘post-truth’ in healthcare. Europe needs its legislation to be thought-through, understood and, crucially, implemented for the benefit of all citizens.

Leaving ‘post-truth’ aside and focusing on implementation, cross-border healthcare (for example) is a brilliant idea yet has failed to fulfil its potential for various reasons, including different levels of pricing and reimbursement between richer and poorer EU nations.

One broader health issue, of course, is that healthcare remains a Member State competence and forcing easy country to adhere to new rules can be problematic.

The EU as a whole (including parliament) is, however, steadily becoming more involved in various aspects, and this should be a bonus down the line.

This involvement includes vital recent legislation on IVDs, clinical trials, cross-border healthcare, and data protection. This legislation, theoretically at least, spans all current 28 EU countries - although take up and introduction is often at different speeds, as alluded to earlier.

The above legislative moves have all been put in front of MEPs resulting in thousands of amendments (around 4,000 regarding data protection alone). The problem is translating all that work and discussion into reality for 500 million people across the European Union.

Clearly, the EU cannot act alone. Member States have to adapt, and for instance take a look at their HTA/approval procedures while collaborate much more with their fellow member countries across borders in many spheres, including the sharing of knowledge and research to avoid duplication, and the pooling of Big Data.

It is evident that the EU, partly through Parliament and in tandem with Member States, needs to ensure the proper transposition of its legislation and policies regulation at national level. More work needs to be done on agreeing treatment guidelines, and encouraging their implementation, quickly and effectively.

Unfortunately, all Member States come at healthcare from a different angle, sometimes due to wealth (or lack thereof), a high (or, indeed low) incidence of a particular disease or diseases in its population, the cost of pharmaceuticals, the strength or otherwise of patient advocacy and more. Indeed, there are often even many differences within the regions of the larger nations.

Clearly, optimal treatment is not being offered in every country and the above are only some of the reasons. Ineffective or non-existent cross-border collaboration, meanwhile, only adds to the barriers to access for patients.

As mentioned, essentially there is a disconnect between the laws passed at EU level and the implementation. Often a key reason for a law in the first instance is to encourage coordination, which is often not achieved through slow uptake in individual countries.

MEPs, unlike perhaps commissioners, have the potential for more contact with their national and regional colleagues to ensure that new laws enter into force in the way that was intended after all the debate and voting.

Members of the European Parliament therefore need to work harder to explain and defend the measures that they themselves have helped to introduce, and this should be done at the national level with Member State parliament representatives.

MEPs should also take the role of pushing the European Commission to facilitate an improved dialogue between the EU and national and regional counterparts.

In the past we have seen well-intentioned health initiatives effectively defeated, as national governments use the ‘we have competence’ argument and insist that the EU is acting outside its remit. Sometimes, the best that happens is that Europe ends up with watered-down and hugely compromised legislation.

Going back to the post-truth rebuttal of experts, this is never more dangerous than for the quality of life of patients. More political space needs to be created for, let’s say, the involvement of civil society organisations and other key stakeholders that can contribute in a meaningful and knowledgable way to shaping legislation. Experts, essentially. These people need to be listened to.

Take note that over various parliamentary terms the same issues have arisen again and again. Politicians and lawmakers have talked and talked about improving access for patients to the best possible treatment (the issue was key to last year’s Luxembourg Council Conclusions, for example) yet have failed to adequately tackle core requirements necessary to achieve this.

These include (but are not exclusive to) providing incentives for SMEs to develop health innovations, brining about up-to-date education for healthcare professionals, and aiding the facilitation of greater involvement by the patient in his or her healthcare decisions.

Given the structure of the EU, Parliament alone obviously cannot be expected to wave a magic wand and put all the necessary components in place.

But it is growing in influence all the time and perhaps needs to shout a little louder when it comes to matters affecting the equitable healthcare of its own Member State’s citizens in particular and that of the people of Europe in general.